Dillan is ex SAS and therefore is highly trained in weapons, tactics, martial arts but not so with technology. This becomes evident when Deborah explains how their hackers cracked the secure digital communications used by the police by using a super-computing cluster of 100,000+ machines. They also used fake bitcoin mining software but that’s another story !

Dillan’s career came to an abrupt end when he hit a senior warrant officer. The incident happened after he briefly returned to the UK on an operation and the warrant officer demanded to know why his boots weren’t clean. Dillan tried to explain that he didn’t have time to clean-up as he had just come out of a war zone and was still active. The warrant officer demanded that he go and clean him self up immediately but Dillan explained that he had more important things to do and refused. The warrant officer tried to get Dillan jailed so Dillan hit him, breaking his jaw and was dishonourably discharged after a court marshal. This put him in the right bad-boy frame of mind to be recruited by the ‘service’

In tribute of the SAS, here’s a documentary of the Iranian Embassy Siege of 1980 :-

These are some of the characters from the book :-

First Man – The two main characters aren’t named. This is the man who needed to have his trophy-wife ‘disappeared’ because she was going to take half of his wealth from the divorce.

Deborah Foster / Debz – is ex-forces and MI5 and acts as a liaison between the two men and the various units. She also recruits various people including hackers, ex-forces and anybody else who could be interesting. She loves the singer P!nk and shopping.

Anton – is in charge of Unit 5, one of many self-contained groups.

Heike – (Unit 5) is one of the field-ops and was in the German army for many years. She 6’5 and quite strong as Greg finds out !

Greg Goodman – (Unit 5) is a hacker and gets recruited by Deborah. He is an expert in hacking Windows and automotive computer systems.

Claire – (Unit 5) is a hacker. She is quite small at 5’4, she has blond hair, green eyes and gorgeous. She uses her ‘assets’ to twist the other hackers round her little finger until she meets Dillan. She is expert at hacking Unix / Linux systems.

Jason – (Unit 5) is another hacker who likes ‘swimming’.

DCI (Chief Inspector) Alison Coulson is the boss of DI Hanson. She finds his lack of technical expertise a bit of a drag.

DI (Detective Inspector) Don Hanson has been in the police for many years. He is technically illiterate and almost seems proud of it.

DS (Detective Sergeant) Paul Cooper has only been in the police for a few years. He is quite good with technology. 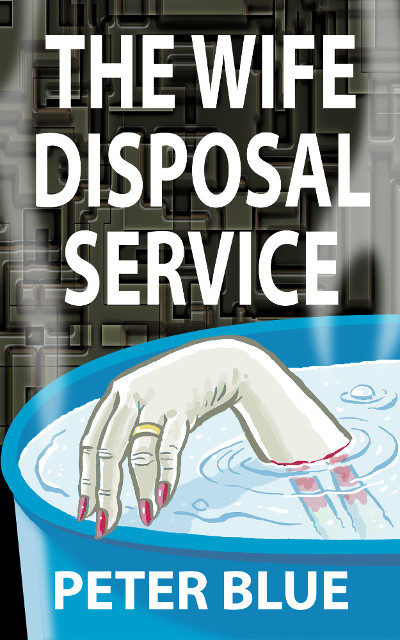